Hassum & Levitt was founded by Stan Hassum and George Levitt in 1958. Both had completed their apprenticeships at Bretts Timber and Hardware in Windsor. They commenced making cupboards in the spare bedroom of the house that Stan had recently built himself in Wavell Heights. Stan and his wife May still live there today. H&L was incorporated in 1964.

Through a focus on customer service, quality tradesmanship and hard work, values that underpin H&L to this day, the business grew quickly. They graduated to a disused chicken shed in Chermside, then a small garage in Banyo, then Stan took the punt and borrowed what was to him the scary sum of £400 to buy a large shed in Strathpine where they operated for over 25 years. George wanted to focus on farming so Stan bought out his share in the late 60’s. In 1996 H&L moved to its current premises in Clontarf.

Stan continued working until into his 80’s and only officially retired in 2020. H&L remains very much a family business underpinned by strong values of workmanship and customer service. Our Managing Director, Mark Hassum (Stan’s nephew) joined H&L as an apprentice in the late 1970’s. Our Production Managing, Gary Hassum (another nephew) joined in the 1980’s. Stan’s son David, a Chartered Accountant has been a Director since 1991.

The H&L extended family includes dozens of tradesmen who have completed their apprenticeship with us. Stan put a great emphasis on teaching apprentices “the right way” to make cupboards and developing “real” tradesmen.  For many years H&L has proudly supported the development of apprentices in conjunction with group training scheme, East Coast Apprenticeships, including participating in specialist pathway programs such as their Defence Trade Program for ex-servicemen. H&L is proud to have been elected as East Coast’s “Host Employer of the Year” on several occasions.

Miles O’Donoghue, part of the extended H&L family, joined us as an apprentice through East Coast is 2005. Miles is now our Project Manager and a valuable part of the management team.

“If you build something build it right”! Stan’s hard work, strong work ethic, focus on quality and workmanship are values that made Hassum and Levitt the strong family business that it is today! 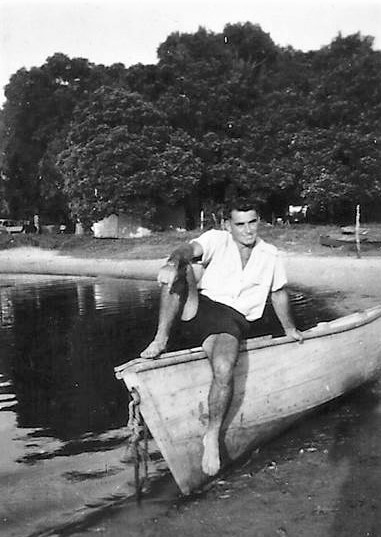 "Just a quick note to say thanks so much for our lovely new kitchen. We couldn't be more pleased with how it turned out. Please pass on our thanks to the team involved, the very personable Miles who listened to what we wanted, did the design and assisted us with Cabinetry, stone and colour choices. Chris and the boys who removed and disposed of our old kitchen and installed the new one. They were a pleasure to have in our home. Obviously our thanks to team at the factory who built the cabinets as well. Also could you please pass on our thanks to your subcontractors, Peter from Brian Ware Electrical, Chris from David Greavers Plumbing, Niko and the team from Ezystone and Peter and Lorraine from Qld Glassworks who all worked so seamlessly with your team. All in all a great experience. Once again, thank you. Regards, Alan and Gay"